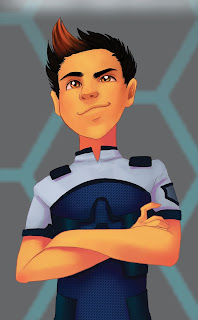 Keithan Quintero is the kind of boy who enjoys breaking the rules every once in a while. Sometimes he can’t help it. He just finds it so hard to resist a good challenge, no matter the stakes. This, as a result, highlights his cocky and competitive attitude, especially as a pilot. Nevertheless, Keithan doesn’t like to be self-centered since he values friendship more than anything else, and he makes sure his closest friends know that.

Regardless of his being the son of a legendary air racer, Keithan earned his place as an elite pilot student in the Air Racing Program at Ramey
Academy of Flight and Aero-Engineering. Just like his mother when she was alive, he is determined to become a racing champion someday. He only needs the chance to prove it. 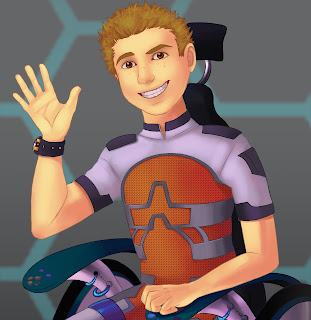 Aside from being Keithan’s best friend and aero-engineer partner at Ramey Academy, Fernando Aramis stands out on his own. His
creativity is almost enviable among his peers, and not only is it evident in his powered wheelchair, which he customized himself, but also when it comes to designing an ideal racing aircraft. Fernando was the one who came up with most of the ideas for building the D’Artagnan
with Keithan, and he is always looking for new ways to improve her performance. 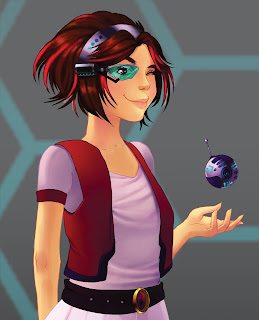 Curious and resourceful, Marianna Aramis always tries to make the best of every opportunity that comes up. She believes everything and everyone has a story, which is why she always carries her portable hover camera and headset. Unlike Keithan and Fernando, she studies outside of Ramey, so she doesn’t know as much about aviation as them. Still, that doesn’t stop her from getting a piece of the action. When Keithan determines himself to attempt to be in the Pegasus Air Race, Marianna uses her own initiative to be part of the
D’Artagnan team with a very important role.

“Like the legendary musketeer, destined for glory yet underestimated by most of its opponents.” 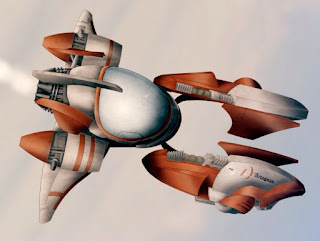 The D’Artagnan is a one-man racing aircraft with its own personality, which is why Keithan and Fernando refer to it as a “she.” The two of them built her from scratch and mostly with scrap parts during their third year at Ramey Academy, when they were only eleven years old. She is a clear reflection of how great both boys work as a team. Her design, based primarily on functionality and practicality rather than aesthetic, is more the result of all the ideas Keithan and Fernando had agreed on to create the fastest and most efficient craft they could have come up with. And so far she hasn't disappointed.

Some of her features:

Welcome to the official website of Keithan Quintero and the Sky Phantoms.

We hope to entice the curiosity of many readers who are eager to enjoy a new science-fiction novel. Continue to explore the site to learn more.